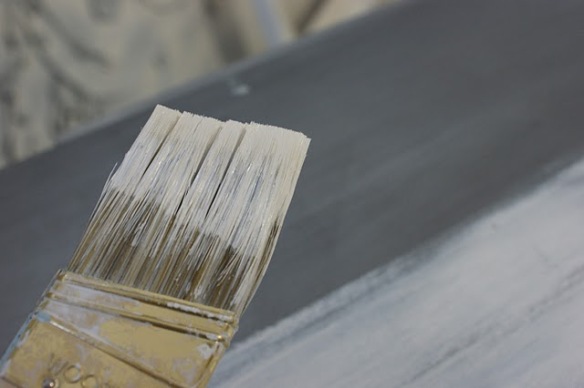 You may have seen a tweet from me last week referencing a news story that Fortinet was now in the SD-WAN market:

Fortinet cites a 7-figure SD-WAN win in their earning call. In other news, @Fortinet has an SD-WAN business?!? https://t.co/hPgjH9f8l8

It came as a shock to me because Fortinet wasn’t even on my radar as an SD-WAN vendor. I knew they were doing brisk business in the firewall and security space, but SD-WAN? What does it really mean?

Fortinet’s claim to be a player in the SD-WAN space brings the number of vendors doing SD-WAN to well over 50. That’s a lot of players. But how did the come out of left field to land a deal rumored to be over a million dollars for a space that they weren’t even really playing in six months ago?

Fortinet makes edge firewalls. They make decent edge firewalls. When I used to work for a VAR we used them quite a bit. We even used their smaller units as remote appliances to allow us to connect to remote networks and do managed maintenance services. At no time during that whole engagement did I ever consider them to be anything other than a firewall.

Fast forward to 2018. Fortinet is still selling firewalls. Their website still focuses on security as the primary driver for their lines of business. They do talk about SD-WAN and have a section for it with links to whitepapers going all the way back to May. They even have a contributed article for SDxCentral back and February. However, going back that far the article reads more like a security company that is saying their secure endpoints could be considered SD-WAN.

This reminds me of stories of Oracle counting database licenses as cloud licenses so they could claim to be the fourth largest cloud provider. Or if a company suddenly decided that every box they sold counted as an IPS because it had a function that could be enabled for a fee. The numbers look great when you start counting them creatively but they’re almost always a bit of a fib.

Imagine if Cisco suddenly decided to start counting ASA firewalls as container engines because of a software update that allowed you to run Kubernetes on the box. People would lose their minds. Because no one buys an ASA to run containers. So for a company like Cisco to count them as part of a container deployment would be absurd.

The same can be said for any company that has a line of business that is focused on one specific area and then suddenly decides that the same line of business can be double-counted for a new emerging market. It may very well be the case that Fortinet has a huge deployment of SD-WAN devices that customers are very happy with. But if those edge devices were originally sold as firewalls or UTM devices that just so happened to be able to run SD-WAN software, it shouldn’t really count should it? If a customer thought they were buying a firewall they wouldn’t really believe it was actually an SD-WAN router.

The problem with this math is that everything gets inflated. Maybe those SD-WAN edge devices are dedicated. But, if they run Fortinet’s security suite are also being counting in the UTM numbers? Is Cisco going to start counting every ISR sold in the last five years as a Viptela deployment after the news this week that Viptela software can run on all of them? Where exactly are we going to draw the line? Is it fair to say that every x86 chip sold in the last 10 years should count for a VMware license because you could conceivably run a hypervisor on them? It sounds ridiculous when you put it like that, but only because of the timelines involved. Some crazier ideas have been put forward in the past.

The only way that this whole thing really works is if the devices are dedicated to their function and are only counted for the purpose they were installed and configured for. You shouldn’t get to add a UTM firewall to both the security side and the SD-WAN side. Cisco routers should only count as traditional layer 3 or SD-WAN, not both. If you try to push the envelope to put up big numbers designed to wow potential customers and get a seat at the big table, you need to be ready to defend your reporting of those numbers when people ask tough questions about the math behind those numbers.

If you had told me last year that Fortinet would sell a million dollars worth of SD-WAN in one deal, I’d ask you who they bought to get that expertise. Today, it appears they are content with saying their UTM boxes with a central controller count as SD-WAN. I’d love to put them up against Viptela or VeloCloud or even CloudGenix and see what kind of advanced feature sets they produce. If it’s merely a WAN aggregation box with some central control and a security suite I don’t think it’s fair to call it true SD-WAN. Just a rinse and repeat of some washed up marketing ideas.

3 thoughts on “Are We Seeing SD-WAN Washing?”