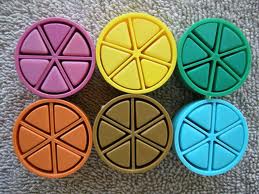 Fun fact: my friends and family have banned me from playing Trivial Pursuit.  I played the Genus 4 edition in college so much that I practically memorized the card deck.  I can’t play the Star Wars version or any other licensed set.  I chalk a lot of this up to the fact that my mind seems to be wired for trivia.  For whatever reason, pointless facts stick in my head like glue.  I knew what an aglet was before Phinneas & Ferb.  My head is filled with random statistics and anecdotes about subjects no one cares about.  I’ve been accused in the past of reading encyclopedias in my spare time.  Amusingly enough, I do tend to consume articles on Wikipedia quite often.  All of this lead me to picking a career in computers.

Information Technology is filled with all kinds of interesting trivia.  Whether it’s knowing that Admiral Grace Hopper coined the term “bug” or remembering that the default OSPF reference bandwidth is 100 Mb, there are thousands of informational nuggets laying around, waiting to be discovered and cataloged away for a rainy day.  With my love of learning mindless minutia, it comes as no surprise that I tend to devour all kinds of information related to computing.  After a while I started to realize that simply amassing all of this information doesn’t do any good for anyone.  Simply remembering that EIGRP bandwidth values are multiplied by 256 doesn’t do any good without a bigger picture of realizing it’s for backwards compatibility with IGRP.  The individual facts themselves are useless without context and application.

I tried to learn how to play the guitar many years ago.  I went out and got a starter acoustic guitar and a book of chords and spent many diligent hours practicing the proper fingering to make something other than noise.  I was getting fairly good at producing chords without a second thought.  It kind of started falling apart when I tried to play my first song, though.  While I was good at making the individual notes, when it came time to string them together into something that sounded like a song I wasn’t quite up to snuff.  In much the same way, being an effective IT professional is more than just knowing a whole bunch of stuff.  It’s finding a way to take all that knowledge and apply it somehow.  You need to find a way to take all those little random bits of trivia and learn to apply them to problems to fix things efficiently.  People that depend on IT don’t really care what the multicast address for RIPv2 updates is.  What they want is a stable routing table when they have some sort of access list blocking traffic.  It’s up to us to make a song out of all the network chords we’ve learned.

It’s important to know all of those bits of trivia in the long run.  They come in handy for things like tests or cocktail party anecdotes.  However, you need to be sure to treat them like building blocks.  Take what you need to form a bigger picture.  You won’t become bogged down in the details of deciding what parts to implement based on sheer knowledge alone.  Instead, you can build a successful strategy.  Think of the idea of the gestalt – things are often greater than the sum of their parts.  That’s how you should look at IT-related facts.

I’m never going to stop learning trivia.  It’s as ingrained into my personality as snark and sarcasm.  However, if I’m going to find a way to make money off of all that trivia, I need to be sure to remember that factoids are useless without application.  I must always keep in mind that solutions are key to decision makers.  After all, the snark and sarcasm aren’t likely to amount to much of career.  At least not in networking.

7 thoughts on “Networking Is Not Trivia(l)”