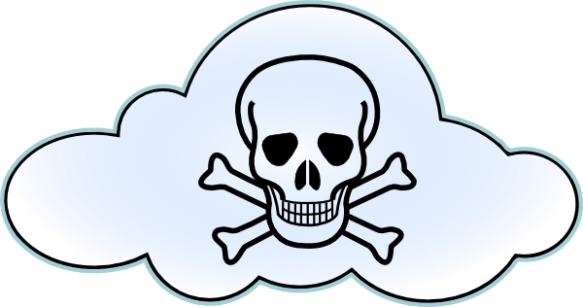 Seems today you can’t throw a rock with hitting someone talking about the cloud.  There’s cloud in everything from the data center to my phone to my TV.  With all this cloud talk, you’d be pretty safe to say that cloud has its detractors.  There’s worry about data storage and password security.  There are fears that cloud will cause massive layoffs in IT.  However, I’m here to take a slightly different road with cloud.  I want to talk about how cloud is poised to harm your children’s education and bankrupt one the most important technology advantage programs ever.

Go find your most recent phone bill.  It doesn’t matter whether it’s a landline phone or a cell phone bill.  Now, flip to the last page.  You should see a minor line item labeled “Federal Universal Service Fee”.  Just like all other miscellaneous fees, this one goes mostly unnoticed, especially since it’s required on all phone numbers.  All that money that you pay into the Universal Service Fund is administered by the Universal Service Administrative Company (USAC), a division of the FCC.  USF has four divisions, one of which is the Schools and Libraries Division (SLD).  This portion of the program has a more commonly used name – E-Rate.  E-Rate helps schools and libraries all over the country obtain telecommunications and Internet access.  It accomplishes this by providing a fund that qualifying schools can draw from to help pay for a portion of their services.  Schools can be classified in a range of discount percentages, ranging from as low as 20% all the way up to 90% discount rates.  Those schools only have to pay $.10 on the dollar for their telecommunications services.  Those schools also happen to be the ones most in need of assistance, usually because of things such as rural location or other funding challenges.

E-Rate is divided into two separate pieces – Priority One and Priority Two.  Priority One is for telecommunications service and Internet access.  Priority One pays for phone service for the school and the pipeline to get them on the Internet.  The general rule for Priority One is that it is service-based only.  There usually isn’t any equipment provided by Priority One – at least not equipment owned by the customer.  Back in 1997, the first year of E-Rate, a T1 was considered a very fast Internet Circuit.  Today, most schools are moving past 10Mbit Ethernet circuits and looking to 100Mbit and beyond to satisfy voracious Internet users.  All Priority One requests must be fulfilled before Priority Two requests will begin to be funded.  One USAC starts funding Priority Two, they start at the 90% discount percentage and begin funding requests until the $2.25 billion allocated each year to the program is exhausted.  Priority Two covers Internal Connections and basic maintenance on those connections.  This is where the equipment comes in.  You can request routers, switches, wireless APs, Ethernet cabling, and even servers (provided they meet the requirements of providing some form of Internet access, like e-mail or web servers).  You can’t request PCs or phone handsets.  You can only ask for approved infrastructure pieces.  The idea is that Priority Two facilitates connectivity to Priority One services.  Priority Two allocations vary every year.  Some years they never fund past the 90% mark.  Two years ago, they funded all applicants.  It all depends on how much money is left over after all Priority One requests are satisfied.  There are rules in place to prevent schools from asking for new equipment every year to keep things fair.  Schools can only ask for internal connections two out of any five given years (the 2-of-5 rule).  In the other three years, they must ask for maintenance of that equipment.

There has always been a tug-of-war between what things should be covered under Priority One and Priority Two.  As I said, the general rule is that Priority One is for services only – no equipment.  One of the first things that was discussed was web hosting.  Web servers are covered under Priority Two.  A few years ago, some web hosting providers were able to get their services listed under Priority One.  That meant that schools didn’t have to apply to have their web servers installed under Priority Two.  They could just pay someone to host their website under Priority One and be done with it.  No extra money needed.  This was a real boon for those schools with lower discount percentages.  They didn’t have to hope that USAC would fund down into the 70s or the 60s.  Instead, they could have their website hosted under Priority One with no questions asked.  Remember, Priority One is always funded before Priority Two is even considered.  This fact has lead to many people attempting to get qualifying services setup under Priority One.  E-mail hosting and voice over IP (VoIP) are two that immediately spring to mind.  E-mail hosting goes without saying.  Priority One VoIP is new to the current E-Rate year (Year 15) as an eligible service.  The general idea is that a school can use a VoIP system hosted at a central location from a provider and have it covered as a Priority One service.  This still doesn’t cover handsets for the users, as those are never eligible.  It also doesn’t cover a local voice gateway, something that is very crucial for schools that want to maintain a backup just in case their VoIP connectivity goes down.  However, it does allow the school to have a VoIP phone system funded every year as opposed to hoping that E-Rate will fund low enough to cover it this year.

While I agree that access to more services is a good thing overall, I think we’re starting to see a slippery slope that will lead to trouble very soon.  ISPs and providers are scrambling to get anything and everything they can listed as a Priority One service.  Why stop at phones?  Why not have eligible servers hosted on a cloud platform?  Outsource all the applications you can to a data center far, far away.  If you can get your web, e-mail, and phone systems hosted in the cloud, what’s left to place on site in your school? Basic connectivity to those services, perhaps.  We still need switches and routers and access points to enable our connectivity to those far away services.  Except…the money.  Since Priority One always gets funded, everything that gets shoveled into Priority One takes money that could be used in Priority Two for infrastructure.  Schools that may never get funded at 25% will have their e-mail hosting paid for, while a 90% school that could really use APs to connect a mobile lab may get left out even though they have a critical need.  Making things Priority One just for the sake of getting them funded doesn’t really help when the budget for the program is capped from the beginning.  It’s already happening this year.  E-Rate Year 15 will only fund down to 90% for Priority Two.  That’s only because there was a carry over from last year.  Otherwise, USAC was seriously considering not funding Priority Two at all this year.  No internal connections.  No basic maintenance.  Find your own way schools.  Priority One is eating up the fund with all the new cloud services being considered, let alone with the huge increase in faster Internet circuits needed to access all these cloud services.  Network World recently had a report saying that schools need 100Mbps circuits.  Guess where the money to pay for those upgrades is going to come from?  Yep, E-Rate Priority One.  At least, until the money runs out because server hosting is a qualifying service this year.

Most of the schools that get E-Rate funding for Priority Two wouldn’t be able to pay for infrastructure services otherwise.  Unlike large school districts, these in-need schools may be forced to choose between adding a switch to connect a lab and adding another AP to cover a classroom.  Every penny counts, even when you consider they may only be paying 10-12% of the price in the first place.  If Priority One services eat up all the funding before we get to Priority Two, it may not matter a whole lot to those 90% schools.  They may not have the infrastructure in place to access the cloud.  Instead, they’ll limp along with a T1 or a 10Mbps circuit, hoping that one day Priority Two might get funded again.

How do we fix this before cloud becomes the death mask for E-Rate?  We have to ensure that USAC knows that hosting services need to be considered separately from Priority One.  I’m not quite sure how that needs to happen, whether it needs to be a section under Priority Two or if it needs to be something more like Priority One And A Half.  But lumping hosted VoIP in with Internet access simply because there is no on-site equipment isn’t the right solution.  Since a large majority of the schools that qualify for E-Rate are lower elementary schools, it makes sense that they have the best access to the Internet possible, along with good intra-site connectivity.  A gigabit Internet circuit doesn’t amount to much if you are still running on 10Mbps hubs (don’t laugh, it’s happened).  If USAC can’t be convinced that hosted services need to be separated from other Priority One access, maybe it’s time to look at raising the E-Rate cap.  Every year, the amount of requests for E-Rate is more than triple the funding commitment.  That’s a lot of paperwork.  The $2.25 billion allocation set forth in 1997 may have been a lot back then, but looking at the number of schools applying today, it’s just a drop in the bucket.  E-Rate isn’t the only component of USF, and any kind of increase in funding will likely come from an increase in the USF fees that everyone pays.  That’s akin to raising taxes, which is always a hot button issue.  The program itself has even come under fire both in the past and in recent years due to mismanagement and fraud.  I don’t have any concrete answers on how to fix this problem, but I sincerely hope that bringing it to light helps shed some light on the way that schools get their technology needs addressed.  I also hope that it makes people take a hard look at the cloud services being proposed for inclusion in E-Rate and think twice about taking an extra bucket of water from the well.  After all, the well will run dry sooner or later.  Then everyone goes thirsty.

I am employed by a VAR that focuses on providing Priority Two E-Rate services for schools.  The analysis and opinions expressed in this article do not represent the position of my employer and are my thoughts and conclusions alone.

5 thoughts on “Cloud and the Death of E-Rate”