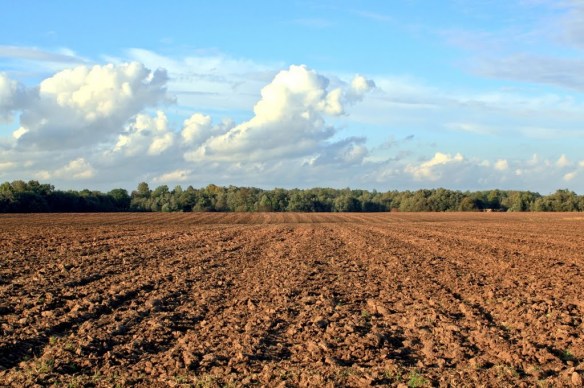 IPv6 seems to have taken a back seat to discussions about more marketing-friendly topics like software defined networking and the Internet of Things.  People have said that IPv6 is an integral part of these initiatives and any discussion of them implies IPv6 use.  Yet, as I look around at discussions about SDN host routes or NATed devices running home automation for washing machines and refrigerators, I wonder if people really understand the fundamental shift in thinking.

One area that I recently learned has been investing heavily in IPv6 is agriculture.  When people think of a farm, they tend to imagine someone in a field with a plow being pulled by a horse.  Or, in a more modern environment you might imagine a tractor pulling a huge disc plow across hundreds of acres of fallow land.  The reality of faming today is as far removed from the second example as the second example is from the first.

Farming In The East

Modern farmers embrace all kinds of technology to assist in providing maximum yields, both in the western world as well as the east.  The biggest strides in information technology assistance for farmers has been in East Asia.  Especially in China, a country that has to produce massive amounts of food to feed 1.3 billion people.

Chinese farmers have embraced technologies that allow them to increase productivity.  Think about how many tractors are necessary to cultivate the huge amount of land needed to grow food.  Each of those tractors now comes equipped with a GPS transmitter capable of relaying exact positioning.  This ensures the right land is being worked and the area is ideal for planting certain types of crops.  All that telemetry data needs to be accumulated somewhere in order to analyze and give recommendations.

Think also about livestock.  In the old days, people hired workers to ensure that livestock didn’t escape or wander away from the herd.  It was a process that was both time and labor intensive.  With modern technology, those same cattle can be tagged with a small GPS transmitter.  A system can poll each animal in a given interval to determine herd count and location.  Geofences can be erected to ensure that no animal moves outside of a safe area.  When that occurs, alarms can be sent to monitoring stations where a smaller number of farm hands can drive out and rescue the errant animal.

Those two examples alone show the power of integrating traditional agriculture with information technology.  However, an unstated problem does exist: Where are we going to get those addresses?  We joke about giving addresses to game consoles and television sets and how that’s depleting the global IPv4 pool.  What happens when I do the same to dairy farmer’s herd?  Even my uncle and his modest dairy years ago had around one hundred cattle in his herd.  What happens when your herd is bigger than a /24?

IPv6 Rides To The Rescue

China has already solved this problem.  They don’t have any more IPv4 prefixes available.  They have to connect their devices.  The only answer is IPv6.  Tractors can exist as IPv6 endpoints in the monitoring station.  They can be tracked globally via monitoring stations.  Farm workers and supervisors can determine where the unit is at any given time.  Maintenance information can be relayed back to the manufacturer to alert when a part is on the verge of failure.  Heavy equipment can stay in working condition longer and be used more efficiently with this type of tracking.

Livestock herds can be monitored for position to ensure they are not trespassing on another farmers land.  The same telemetry can be used to monitor vital statistics to discover when animals have become ill.  That allows the farm workers to isolate those animals to prevent the herd from contracting illness that will slow production or impact yields.  Keeping better track of these animals ensures they will be as productive as possible, whether that be in a dairy case or a butcher shop.

I grew up on a farm.  I have gathered eggs, bottle fed calves, and milked cows.  Two of my uncles owned dairies.  The biggest complaint that I’ve heard from them was the lack of information they had on their products.  Whether it be a wheat crop or a herd of dairy cattle, they always wanted to know more about their resources.  With IPv6, we can start connecting more and more things to the Internet to provide access to the data that’s been locked away for so long, inaccessible to the systems that can provide insight.  Advancing technology to the point where a tractor or a bull can have a 2001::/16 address is probably the safest bet a farmer will make in his entire career.

2 thoughts on “Betting the Farm on IPv6”