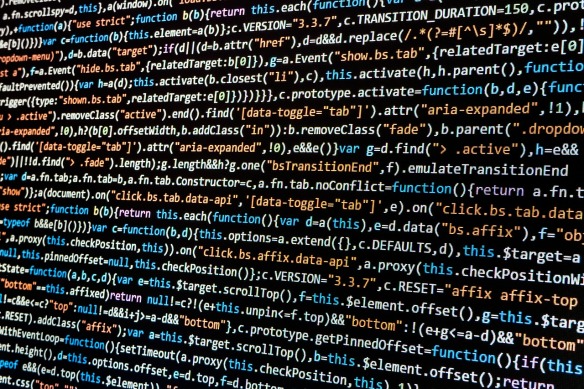 I’m doing some research on Facebook’s Open/R routing platform for a future blog post. I’m starting to understand the nuances a bit compared to OSPF or IS-IS, but during my reading I got stopped cold by one particular passage:

Many traditional routing protocols were designed in the past, with a strong focus on optimizing for hardware-limited embedded systems such as CPUs and RAM. In addition, protocols were designed as purpose-built solutions to solve the particular problem of routing for connectivity, rather than as a flexible software platform to build new applications in the network.

Uh oh. I’ve seen language like this before related to other software projects. And quite frankly, it worries me to death. Because it means that people aren’t learning their lessons.

Any time I see an article about how a project was rewritten from the ground up to “take advantage of new changes in protocols and resources”, it usually signals to me that some grad student decided to rewrite the whole thing in Java because they didn’t understand C. It sounds a bit cynical, but it’s not often wrong.

Want proof? Check out Linus Torvalds and his opinion about rewriting the Linux kernel in C++. Spoiler alert – “C++ is a horrible language.” And it gets more colorful from there. Linus has some very valid points about C++ that have been debated by lots of communities for the past ten years. But the fact remains that he has decided that completely rewriting the entire kernel in C++ is an exercise in futility.

In today’s world, we’re faced with a multitude of programming languages fighting for our attention. We’re evolved past FORTRAN, COBOL, C, and C++. We now live a world of Python, C#, J#, R, Ruby, and dozens more. And those don’t even include the languages that aren’t low-level and are more scripting. Every one of these languages was designed to solve a particular problem. And every one of them is begging to be used.

But it’s not enough that we have ten ways to write a function today. What’s more troublesome is that we’ve forgotten why certain languages were preferred over others in the past. We’ve forgotten that things used to be done the way they were done because we had no other alternatives. I can remember studying for my Novell CNE and taking 50-649, wherein Novell kept referring to OSPF as an “expensive” protocol to use on a NetWare server. At the time that test was created, OSPF was expensive from a CPU cycle standpoint. If the server was doing other things besides running a routing protocol you might see a potential impact if the CPU was slowed. And having OSPF calculations interrupted because someone was doing an FTP transfer could be expensive indeed.

More to the point, when people are faced with a limitation they have to be creative and concise. And nowhere is that more apparent than in E.T. the Extraterrestrial for the Atari 2600. Infamously, Howard Scott Warshaw had just one month to write a video game that would go on to be blasted critically, considered one of the worst of all time, and be blamed for the Video Game Crash of 1983. Yet, as one fan discovered years later when he set out to “fix” the game’s code, as bad is it may have been it was very well coded. From the article:

So, a programmer for an outdated video game system had a month to code a complex game and managed to do it in such a way as to leave very little empty space to insert code patches? And yet my Facebook app on my iPhone requires how much space?!?

All joking aside, the issue with E.T. wasn’t code quality. The problems with the game have been documented over the years, but almost no one blames Warshaw’s coding capabilities. That’s because Warshaw was working within his limitations. He couldn’t magically make the Atari 2600 cartridge bigger. He couldn’t increase the CPU size on the system. He worked within him limitations and made the best game that he could make.

Now, let’s look at an article about Open/R and see some of Facebook’s criticisms of OSPF and IS-IS:

We didn’t want to get bogged down in discussions over the lower-level protocol details, such as frame formatting and handshakes…

While it might sound heavyweight compared with OSPF and ISIS, which use their own “lightweight” transports, we haven’t found this to be an issue in modern networking hardware…

Whether or not they were intended to be taken as such, these are some pretty interesting knocks against OSPF and IS-IS. What Facebook is essentially saying is that they didn’t want to worry about building the low level parts of the messaging system, so they picked something off the shelf. They also built it to be more resource intensive than necessary because they didn’t need to compromise when running it on Six Pack and Wedge.

So long as your routers have ample CPU cycles and memory, Open/R will run just fine. But how many people out there are running a data center server board in their edge router? How many routers out there have to take a reduced BGP table because they don’t have enough memory to fit the entire global IPv4 routing table in memory, let alone IPv6? If resources are infinite and time is irrelevant than building your protocols the way you want is of no consequence. But as soon as you add constraints to the equation, like support for older hardware or limited memory, you have to start making compromises to make things work.

I’m not saying that Open/R is a bad routing protocol. I’m going to save that analysis for a later time. But I do take a bit of umbrage with Facebook’s idea that OSPF and IS-IS are a bit outdated simply because they were programmed for a different era. If they were really that inept they would have been replaced or expanded by now. The fact that twenty-somethings got a bug to rewrite a routing protocol because they could and threw all caution to the wind with regard to resource usage should be a cautionary tale to any programmer out there. Never assume that you have more space than you need. Train yourself to do more with less. And be ready to compromise in case the worst case scenario becomes reality.