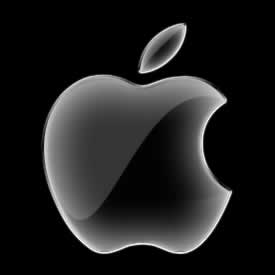 One of the major reasons why I decided to upgrade to OS X 10.8 Mountain Lion was for AirPlay mirroring.  AirPlay has been a nice function to have for people with an AirPlay receiver (basically an AppleTV) and an AirPlay source, like an iDevice.  I know of many people that like to watch a movie from iTunes on their iPad to start, then switch over to the big TV in the living room via AirPlay to the AppleTV.  That’s all well and good for those that want to stream movies or music.  However, my streaming needs are a little more advanced.  I’d rather be able to mirror my desktop to the AirPlay receiver instead, for things like presentations or demonstrations.  That functionality has only be available with software applications like AirParrot up until the release of Mountain Lion, which now has support for AirPlay mirroring on Macs.  Once the GM release of Mountain Lion came out, people started noticing that AirPlay was only supported on relatively new Apple hardware.  Even in cases where the CPU was almost identical to a later hardware release.  It seems a bit mind-boggling that Apple has a very limited specification list for AirPlay Mirroring.  The official site doesn’t even list it, as a matter of fact.  Essentially, any Mac made in 2011 or newer should be capable of supporting AirPlay.  So why did the 2010 Macs get left out?  They’re almost as good as their one-year-newer cousins.

The real answer comes down to the chipset.  Apple started shipping Macs with Intel’s Sandy Bridge chipset in 2011.  This enabled all kinds of interesting things, like Thunderbolt for instance.  There was one little feature down at the bottom of the list of Sandy Bridge spec sheets that didn’t mean much at the time – Intel QuickSync.  QuickSync is an application-specific integrated circuit (ASIC) that has been placed in the Sandy Bridge line of processors to allow high-speed video encoding and decoding.  This allows the Sandy Bridge i-series processors to offload video encoding to the ASIC to reduce the amount of CPU power consumed by performing video tasks.  Rather than tying up the CPU or the GPU of a machine, Sandy Bridge can use this ASIC to do very high speed encoding.  Why would this be a boon?  Well, for most people the idea was that QuickSync could reduce the amount of time that it took to do video production work on mid-range machines.  The problem was that QuickSync turned out lower quality video in favor of optimization for speed?  Where would you find an application that prioritized speed over quality?  If you guessed video streaming, you’d be spot on.  QuickSync supports high-speed encoding of H.264 video streams, which is the preferred format for Apple.  Mountain Lion can now access the QuickSync ASIC to mirror your desktop over to an AppleTV with almost no video lag.  The quality may not be the same as a Pixar rendering farm, but for 1080p video on a TV it’s close enough.

Any Mac made before the introduction of Sandy Bridge isn’t capable of running AirPlay mirroring, at least according to Apple.  Since they are missing the QuickSync ASIC, they aren’t capable of video encoding at the rate that Apple wants to in order to preserve the AirPlay experience.  While on the surface it looks like the same i-series processors are present in 2010 and 2011 machines, the older Macs are using the Clarksdale chipset, which does have a high-speed video decoder, but not an encoder.  Since the Mac is doing all the heavy lifting for the AppleTV in an AirPlay mirroring setup, having the onboard encoding ASIC is critical.  This isn’t the first time that Apple has locked out use of AirPlay.  If you want to AirPlay mirror from your favorite iDevice, you have to ensure that you’re running an iPhone 4S or an iPad 2 or iPad 3.  What’s different about them?  They’re all running the A5 dual-core chip.  Supposedly, the A5 helps with video-intensive tasks.  That says to me that Apple is big on using hardware to help accelerate video mirroring.  That’s not to say that you can’t do AirPlay mirroring with a pre-2011 Mac.  You’re just going to have to rely on a third party program to do it, like the aforementioned AirParrot.  Take note, though, that AirParrot is going to use your CPU to do all the encoding work for AirPlay.  While that isn’t going to be a big issue for simple presentations or showing your desktop, you should take care if you’re going to do any kind of processor-intensive activity, like firing up a bunch of virtual machines or compiling code.

Yes, it’s very irritating that Apple drew the line for AirPlay mirroring support at Sandy Bridge.  As it is with all technology refreshes, being on the opposite side of that line sucks big time.  You’ve got a machine that’s more than capable, yet some design guy said that you can’t hack it any more.  Sadly, these are the kinds of decisions that aren’t made lightly by vendors.  Rather than risk offering incomplete support of producing the kind of dodgy results that make for bad Youtube comparison videos, Apple took a hard line and leaned heavily on QuickSync for AirPlay mirroring support.  In another year it won’t matter much as people will have either upgraded their machines to support it if it’s a crucial need for them, or they’ll let it lie fallow and unused like FaceTime.  If you find yourself asking whether or not your machine can support AirPlay mirroring, just look for a Thunderbolt port.  If you’ve got one, you’re good to go.  Otherwise, you should look into a software solution.  There are lots of good ones out there that will help you out.  Based on Apple’s track record with the iDevices, I wouldn’t hold out hope that they’re going to enable AirPlay mirroring on pre-2011 Macs any time soon.  So, if AirPlay mirroring is something important to you, you’re either going to need to spring for a new Mac or get to work installing some software.