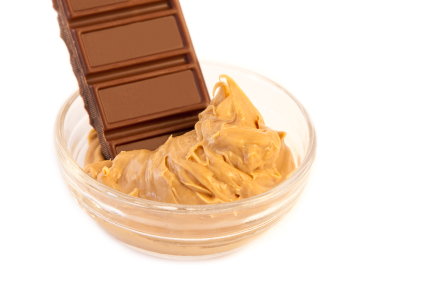 Whitebox switching has moved past the realm of original device manufacturers and has been taken up by traditional networking vendors. Andre Kindness (@AndreKindness) of Forrester recently posted that he fields several calls from his customers every day asking about a particular vendor’s approach to whitebox switching. But what do these vendor offerings look like? And can we predict how a given vendor will address the whitebox market?

Chocolate In My Peanut Butter

Dell was one of the first traditional networking vendors to announce a whitebox switch offering that decoupled the operating system from the switching hardware. Dell offered packages from Cumulus Linux and Big Switch Networks alongside their PowerConnect lineup. This makes sense when you consider that the operating system on the switch has never been the strong suit of Dell. The PowerConnect OS is not very popular with network engineers, being very dissimilar from more popular CLIs such as Cisco IOS and its look-alikes.  Their attempts to capitalize on the popularity of Force Ten OS (FTOS) and adapt it or use on PowerConnect switches has been difficult at best, due to the divide been hardware architecture of the two platforms.

What Dell is very good at is offering hardware at a greatly reduced cost. By utilizing this strength, they can enter the whitebox market successfully by partnering with OS vendors to provide customer options. This also gives them time to adapt FTOS to more switches and attempt to drive acquisition posts down once the port of FTOS to PowerConnect is complete.

Peanut Butter In My Chocolate

What happens when a vendor sees software as their strength? You get an announcement like the one last week from Juniper Networks. Juniper has put a significant amount of time and effort into Junos. The FreeBSD base of the system gives it the adaptability that Cumulus enjoys. Since Juniper sees Junos as a huge advantage, their oath to whitebox switching was to offer hardware that reduces the acquisition cost. Porting Junos to run on the OCP-based OCX1100 allows Juniper to use silicon that is more in line with merchant offering price points. The value to the customer comes from existing experience with Junos allowing for reduced learning time on the new platform.

So how will the rest of the market adopt whitebox switching offerings? HP will likely go the same route as Dell, as their software picture is murky with products split evenly between HP Procurve OS and 3Com/H3C Comware. HP has existing silicon manufacturing facilities that allow for economy of scale to reduce acquisition costs to the customer. Conversely, Brocade will likely leverage existing Vyatta development and investment in projects like OpenDaylight to standardize their whitebox offerings on software while offering OCP-style hardware platforms.

And what of Cisco? Cisco had invested significant time and effort into both hardware and software. IOS is being renovated with API access and being ported into containers to broaden the platforms on which it can operate. The Cisco investment in custom silicon development is significant as well, with only the Nexus 3000 and 9000 series using merchant offerings from Broadcom. Their eventual whitebox offering could take any form.

Cisco feels very strongly about keeping IOS and its variants exclusive to Cisco hardware. Given that they sued Arista Networks late last week for patent infringement in EOS, it should be apparent how strongly they feel about IOS. That will be the impetus that pushes them to offering some limited custom silicon that is capable of running third-party operating systems. This allows Cisco to partner closely with one of those developers to ensure peak performance and tight integrations with whatever hardware Cisco includes.  They would likely offer this platform with a bundle of SmartNET support services, recouping the costs of producing the switch with some very high margin services.

The possibility of porting IOS to an OCP-like reference platform is remote at best. A whitebox IOS offering would still carry a high price tag to reflect Cisco R&D and would be priced too high above what customers would be willing to pay for total acquisition cost.  It would also open the door for someone to “port” that version of IOS to run on platforms that it shouldn’t be running on.  At the very least, it will expose Cisco in the market as having too high a price tag on their intellectual property in IOS and give competitors like Juniper and Big Switch ammunition to fight back.

When evaluating vendor whitebox offerings, be sure your assessment of the strengths matches theirs. Wide adoption of a given strategy will solidify that approach in the future. Be sure to give feedback to your local account teams and tell them the critical features you need to be supported. That will ensure the vendor has you in mind when the time comes to produce a whitebox offering.  And remember that you always have the option of going your own way.  Nothing says that you have to buy a solution with bundled services from traditional networking vendors.  If you’re willing to fly without a safety net for a while, you can find some great deals on ODM switches and OSes to run on them.

A year ago I told myself I needed to start learning Junos.  While I did sign up for the Fast Track program and have spent a lot of time trying to get the basics of the JNCIA down, I still haven’t gotten around to taking the test.  In the meantime, I’ve had a lot more interaction with Juniper users and Juniper employees.  One of those was Doug Hanks.  I met him at Network Field Day 4 this year.  He told me about a book that he had recently authored that I might want to check out if I wanted to learn more about Junos and specifically the MX router platform.  Doug was kind enough to send me an autographed copy: 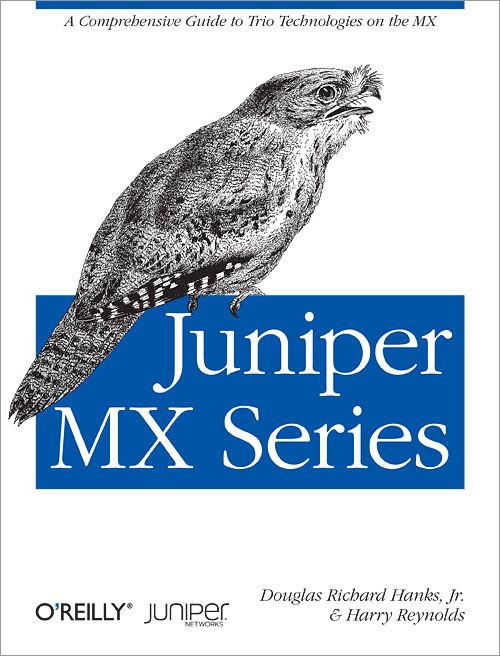 The covers on O’Reilly books are always the best.  It’s like a zoo with awesome content inside.

This is not a book for the beginner.  Frankly, most O’Reilly press books are written for people that have a good idea about what they’re doing.  If you want to get your feet wet with Junos, you probably need to look at the Day One guides that Juniper provides free of charge.  When you’ve gone through those and want to step up to a more in-depth volume you should pick up this book.  It’s the most extensive, exhaustive guide to a platform that I’ve ever seen in a very long time.  This isn’t just an overview of the MX or a simple configuration guide.  This book should be shipped with every MX router that leaves Sunnyvale.  This is a manual for the TRIO chipset and all the tricks you can do on it.

The MX Series book does a great job of not only explaining what makes the MX and TRIO chipset different, but also how to make it perform at the top of its game.  The chapter on Class of Service (CoS) alone is worth its weight in gold.  That topic has worried me in the past because of other vendor’s simplified command line interfaces for Quality of Service (QoS).  This book spells everything out in a nice orderly fashion and makes it all make more sense than I’ve seen before.  I’m pretty sure those pages are going to get reused a lot as I start my journey down the path of Junos.  But just because the book make things easy to understand doesn’t mean that it’s shallow on technical knowledge or depth.  The config snippet for DDoS mitigation is fifteen pages long!  That’s a lot of info that you aren’t going to find in a day one guide.  And all of those chapters are backed up with case studies.  It’s not enough that you know how to configure some obscure command.  Instead, you need to see where to use it and what context makes the most sense.  That’s where these things hit home for me.  I was always a fan of word problems in math.  Simple formulas didn’t really hit home for me.  I needed an example to reinforce the topic.  This book does an outstanding job of giving me those case studies.

The Juniper MX Series book is now my reference point for what an deep dive tome on a platform should look like.  It covers the technology to a very exhaustive depth without ever really getting bogged down in the details.  If you sit down and read this cover to cover, you will come away with a better understanding of the MX platform that anyone else on the planet except perhaps the developers.  That being said, don’t sit down and read it all at once.  Take the time to go into the case studies and implement them on your test lab to see how the various features interact together.  Use this book as an encyclopedia, not as a piece of fireside reading material.  You’ll thank yourself much later when you’re not having dreams of CoS policies and tri-color policers.

This copy of Juniper MX Series was provided to me at no charge by Doug Hanks for the purpose of review.  I agreed with Doug to provide an unbiased review of his book based on my reading of it.  There was no consideration given to him on the basis of providing the book and he never asked for any when providing it.  The opinions and analysis provided in this review reflect my views and mine alone.