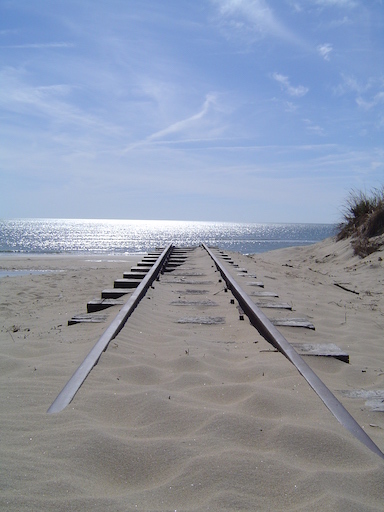 Watching the HP public cloud discussion has been an interesting lesson in technology and how it is supported and marketed. HP isn’t the first company to publish a bold statement ending support for a specific technology or product line only to go back and rescind it a few days later. Some think that a problem like that shows that a company has some inner turmoil with regards to product strategy. More often than not, the real issue doesn’t lie with the company. It’s the customers fault.

No Lemonade From Lemons

It’s no secret that products have a lifespan. No matter how popular something might be with customers there is always a date when it must come to an end. This could be for a number of reasons. Technology marches on each and every day. Software may not run on newer hardware. Drivers may not be able to be written for new devices. CPUs grow more powerful and require new functions to unlock their potential.

Customers hate the idea of obsolescence. If you tell them the thing they just bought will be out-of-date in six years they will sneer at you. No matter how fresh the technology might be, the idea of it going away in the future unnerves customers. Sometimes it’s because the customers have been burned on technology purchases in the past. For every VHS and Blu-Ray player sold, someone was just as happy to buy a Betamax or HD-DVD unit that is now collecting dust.

That hatred of obsolescence sometimes keeps things running well past their expiration date. The most obivous example in recent history is Microsoft being forced to support Windows XP. Prior to Windows XP, Microsoft supported consumer releases of Windows for about five years. WIndows 95 was released in 1995 and support ended in 2001. Windows 98 reached EOL around the same time. Windows 2000 enjoyed ten years of support thanks to a shared codebase with popular server operating systems. Windows XP should have reached end-of-life shortly after the release of Windows Vista. Instead, the low adoption rate of Vista pushed system OEMs to keep installing Windows XP on their offerings. Even Windows 7 failed to move the needle significantly for some consumers to get off of XP. It finally took Microsoft dropping the hammer and setting a final end of extended support date in 2014 to get customers to migrate away from Windows XP. Even then, some customers were asking for an extension to the thirteen-year support date.

Microsoft kept supporting an OS three generations old because customers didn’t want to feel like XP had finally given up the ghost. Even though drivers couldn’t be written and security holes couldn’t be patched, consumers still wanted to believe that they could run XP forever. Even if you bought one of the last available copies of Windows XP when you purchased your system, you still got as much support for your OS as Microsoft gave Windows 95/98. Never mind that the programmers had moved on to other projects or had squeezed every last ounce of capability from the software. Consumers just didn’t want to feel like they’d been stuck with a lemon more than a decade after it had been created.

The Lesson of the Lifecycle

How does this apply to situations today? Companies have to make customers understand why things are being replaced. A simple annoucement (or worse, a hint of an unofficial annoucement from a third party source) isn’t enough any more. Customers may not like hearing their their favorite firewall or cloud platform is going away, but if you tell them the reasons behind the decision they will be more accepting.

Telling your customers that you are moving away from a public cloud platform to embrace hybrid clouds or to partner with another company doing a better job or offering more options is the way to go. Burying the annoucement in a conversation with a journalist and then backtracking later isn’t the right method. Customers want to know why. Vendors should have faith that customers are smart enough to understand strategy. Sure, there’s always the chance that customers will push back like they did with Windows XP. But there’s just as much chance they’ll embrace the new direction.

I’m one of those consumers that hates obsolescence. Considering that I’ve got a Cius and a Flip it should be apparent that I don’t bet on the right horse every time. But I also understand the reasons why those devices are no longer supported. I choose to use Windows 7 on my desktop for my own reasons. I know why it has been put out to pasture. I’m not going to demand Microsoft devote time and energy to a tired platform when Windows 10 needs to be finished.

In the enterprise technology arena, I want companies to be honest and direct when the time comes to retire products. Don’t hem and haw about shifting landscapes and concise technology roadmaps. Tell the world that things didn’t work out like you wanted and give us the way you’re going to fix it next time.