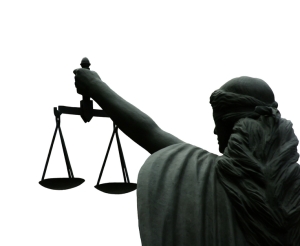 Being an independent part of the IT community isn’t an easy thing. There is a lot of writing involved and an even greater amount of research. For every word you commit to paper there is at least an hour of taking phone calls and interviewing leaders in the industry about topics. The rewards can be legion. So can the pitfalls. Objectivity is key, yet that is something where entire communities appear to be dividing.

Communities are complex organisms with their own flow and feel. What works well in one community doesn’t work well in another. Familiarity with one concept doesn’t immediately translate to another. However, one thing that is universal across all communities is the polarization between extremes.

For instance, in the networking community this polarization is best characterized by the concept of “ABC – Anything But Cisco”. Companies make millions selling Cisco equipment every year. Writers and speakers can make a very healthy career from covering Cisco technologies. And yet there are a large number of companies and people that choose to use other options. They write about Juniper or install Brocade. They spend time researching Cumulus Linux or Big Switch Networks.

Knowing a little about many things is a great thing. There is no way I could have done my old VAR job had I only known Cisco gear. But when that specialization is taken to an extreme, you get the mentality that anything or anyone involved in the opposite camp must be wrong on principal. It does happne that some choose to ignore all other things at their own peril. Still others are branded as “haters” not because they truly hate a position but because others have taken comments and pushed them beyond their meaning to an extreme to serve as a comparison point.

Think a bit about the following situations that have been mentioned to me in recent months and look at what the perception is in certain communities:

The list could go on for many more entries. The point is that people have drawn “battle lines” in the industry around companies and concepts to provide contrast for positions.

How does the independent influencer cope with all these challenges to objectivity? It’s not unlike navigating a carpet full of Lego bricks with no shoes on.

The first important step is to avoid the trap of being pigeonholed as a “hater”. That’s easier than it sounds. Simply covering one technology or vendor isn’t going to cause you to fall into that trap. If someone writes a lot about Juniper, I simply assume they spend the majority of their time with Juniper gear. The only time they cross the line into the territory of anti-Someone is through calculated commentary to that effect.

The other important step in reference to the above is to keep your commentary on point. Petty comments like “that’s a stupid idea” or “no one in their right mind would do it like that” aren’t constructive and lead to labels of “hater”. The key to criticism is to keep it constructive. Why is it a stupid idea? Why would someone choose to do it differently? These are ways to provide contrast without relying on generalizing to get your point across.

The third and most important way to avoid losing objectivty is to keep the discussion focused on things and ideas and not people. As soon as you start attacking people and crticizing them your objectivity will always be called into question. For example, a few years ago I wrote a review of a short book that Greg Ferro (@EtherealMind) wrote about blogging. I disagreed with many of his points based on my own experiences. In my post, I never attacked Greg or called his blogging ability into question. Instead, I addressed his points and provided my own perspective. Greg and I have had many beers since then without wanting to choke each other, so I think we’re still friends. But more importantly, we’re still objective about blogging even though we have different opinions.

Objectivity is hard to gain and easy to lose. It’s also easy to have it taken from you by people that feel you’ve lost it. It wouldn’t be a stretch to look at my last blog post about Meraki and assume that I “hate” them based on my comments. But if you read through what I wrote, I never say that I hate the company or the people. Instead, I disagree with a choice they have made with their software. I still feel my objectivity is intact. If Meraki decides tomorrow to implement some of my ideas or something similar, I will be more than happy to tell everyone about it.

You can never stop looking at your own objectivity. When you get complacent you have lost. You need to constantly ask yourself why you are writing or speaking about something and how objective you are. If you are the first person to question your own objectivity it will be much easier to answer those that question it later.