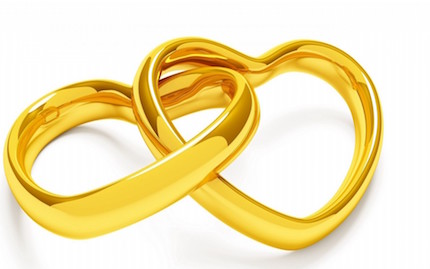 A recent discussion with Greg Ferro (@EtherealMind) of Packet Pushers and Nigel Poulton (@NigelPoulton) of In Tech We Trust got me thinking about product ecosystems. Nigel was talking about his new favorite topic of Docker and containers. He mentioned to us that it had him excited because it felt like the good old days of VMware when they were doing great things with the technology. That’s when I realized that ecosystems aren’t all they are cracked up to be.

Technology is a huge driver for innovation. New ideas are formed into code that runs to accomplish a task. That code is then disseminated to teams and built upon to create toolsets to accomplish even more tasks. That’s how programs happen. Almost every successful shift in technology starts with the courtship of focused code designed to accomplish a simple task or solve a quick problem.

The courtship evolves over time to include other aspects of technology. Development work extends the codebase to accept things like plugins to provide additional functionality. Not core functions though. The separation comes when people want to add additional pieces without compromising the original program. Bolting additional non-core pieces on to existing code causes all kinds of headaches.

That’s how ecosystems start. People build new functions to augment and support the new problems the crop up around those solved by the original tool. Finding new problems is key to driving the ecosystem forward. Without problems to solve, the environment around a particular program starts to contract and disappear.

The Old Ball And Chain

Ecosystems eventually reach the point of stagnation, however. This usually comes when the ecosystem around a product becomes more important than the actual program itself. Think about the ecosystem around Microsoft Office. Office was originally a word processor. That drove additional programs to solve spreadsheets and presentations. Now, people buy the Office productivity suite for more than the word processor. More than a few buy it for the email program. But very little innovation is going into the word processor any longer. Aside from some UI design changes and few minor function additions the majority of the work is being driven around other programs.

This is also the problem with VMware today. The development around the original hypervisor is mostly moot. That problem has been solved completely. Today, all of the marketing hype around the VMware is on other things. Public cloud architectures. Storage virtualization. Networking virtualization. None of these things have anything to do with they hypervisor beyond tying into the ecosystem created around it.

Ecosystems can’t exist without recognizing the original problems being solved and why they are so important. If you build an environment around a product and then leave that product to wither on the vine, your ecosystem will eventually collapse. When your company pivots away from what makes it successful in the first place you run the risk of disaster.

Note that this doesn’t include what happens when the technology landscape forces you to shift your focus. Token ring networking doesn’t solve a big problem today. Companies focusing on it needed to pivot away from it to solve new problems. As such, there really isn’t a token ring ecosystem today.

Now, look at tape backup units as a counterpoint. They still solve a problem – backing up large amounts of data at low cost. Quite a few of the old tape backup vendors have moved away from the market and are concentrating on new solutions. A few of the old vendors, such as SpectraLogic, still support tape solutions and are continuing to drive the tape ecosystem with new ideas. But those ideas still manage to come back to tape. That’s how they can keep the ecosystem grounded and relevant.

New technology is like dating. You get excited and giddy about where things are going and all the potential you see. You enjoy spending time together just talking or existing. As you start to get more serious you start to see issues crop up the need to be solved. Eventually you take the plunge and make things super serious. What you don’t want to have happen at this point is the trap that some people fall into. When you concentrate on the issues that crop up around things you start to lose focus. It’s far to easy to think about bills and schools and other ancillary issues and lose sight of the reason why you’re together in the first place.

Ecosystems are like that. People start focusing on the ecosystem at the expense of the technology that brought everyone together in the first place. When you do that you forget about all the great things that happened in the beginning and you concentrate on the problems that have appeared and not the technology. In order to keep your ecosystem vibrant and relevant, you have to step back and remember the core technology from time to time.

1 thought on “The Marriage of the Ecosystem”