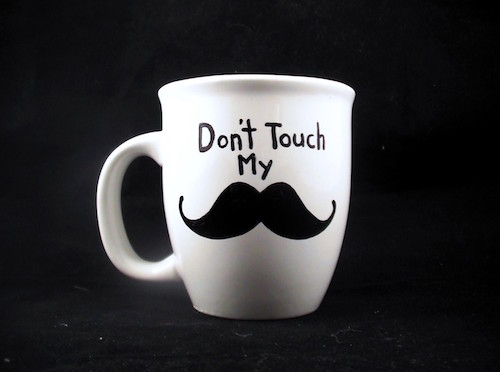 It’s been a year since Aruba Networks became Aruba, a Hewlett-Packard Enterprise Company. It’s  been an interesting ride for everyone involved so far. There’s been some integration between the HPE Networking division and the Aruba teams. There’s been presentations and messaging and lots of other fun stuff. But it all really comes down to the policy of non-interference.

Don’t Tread On Me

HPE has done an admirable job of keeping their hands off of Aruba. It sounds almost comical. How many companies have acquired a new piece and then done everything possible to integrate it into their existing core business? How many products have had their identity obliterated to fit in with the existing model number structure?

Aruba isn’t just a survivor. It’s come out of the other side of this acquisition healthy and happy and with a bigger piece of the pie. Dominick Orr didn’t just get to keep his company. Instead, he got all of HPE’s networking division in the deal! That works out very well for them. It allows Aruba to help integrate the HPE networking portfolio into their existing product lines.

Aruba had a switching portfolio before the acquisition. But that was just an afterthought. It was designed to meet the insane requirements of the new Gartner Wired and Wireless Magic Quadrant. It was a product pushed out to meet a marketing need. Now, with the collaboration of both HPE and Aruba, the combined business unit has succeeded in climbing to the top of the mystical polygon and assuming a leading role in the networking space.

Could you imagine how terrible it would have been if instead of taking this approach, HPE had instead insisted on integration of the product lines and renumbering of everything? What if they had insisted that Aruba engineers, who are experts in their wireless field, were to become junior to the HPE wireless teams? That’s the kind of disaster that would have led to the fall of HPE Networking sooner or later. When good people get alienated in an acquisition, they flee for the hills as fast as their feet will carry them. One look at the list of EMC and VMware departures will tell you the truth of that.

The other thing that makes it an interesting ride is the way that people have reacted to the results of the acquisition. I can remember seeing how folks like Eddie Forero (@HeyEddie) were livid and worried about how the whole mess was going to fall apart. Having spoken to Eddie this week about the outcome one year later, he seems to be much, much more positive than he was in the past. It’s a very refreshing change!

Goodwill is something that is very difficult to replace in the community. It takes ages to earn and seconds to destroy. Acquiring companies that don’t understand the DNA of the company they have acquired run the risk of alienating the users of that solution. It’s important to take stock of how you are addressing your user base and potential customers regularly after you bring a new business into the fold.

HPE has done a masterful job of keeping Aruba customers happy by allowing Aruba to keep their communities in place. Airheads is a perfect example. Aruba’s community is a vibrant place where people share knowledge and teach each other how to best utilize solutions. It’s the kind of place that makes people feel welcome. It would have been very easy for HPE to make Airheads conform to their corporate policies and use their platforms for different purposes, such as a renewed focus on community marketing efforts. Instead, we have been able to keep these resources available to all to keep a happy community all around.

The title above is actually holds a double meaning. You might think it refers to keeping your hands off of something. But “don’t touch my mustache” is a mnemonic phrase to help people remember the Japanese phrase do itashimashite which means “You’re Welcome”.

Aruba has continued to be a leader in the wireless community and is poised to make waves in the networking community once more because HPE has allowed it to grow through a hands-off policy. The Aruba customers and partners should be very welcome that things have turned out as they have. Given the graveyard of failed company acquisitions over they years, Aruba and HPE are a great story indeed.