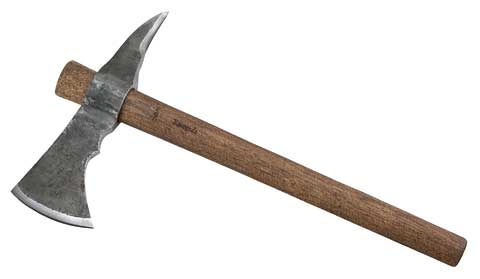 Broadcom announced a new addition to their growing family of merchant silicon today. The new Broadcom Tomahawk II is a monster. It doubles the speed of it’s first-generation predecessor. It has 6.4 Tbps of aggregate throughout, divided up into 256 25Gbps ports that can be combined into 128 50Gbps or even 64 100Gbps ports. That’s fast no matter how you slice it.

Broadcom is aiming to push these switches into niches like High-Performance Computing (HPC) and massive data centers doing big data/analytics or video processing to start. The use cases for 25/50Gbps haven’t really changed. What Broadcom is delivering now is port density. I fully expect to see top-of-rack (ToR) switches running 25Gbps down to the servers with new add-in cards connected to 50Gbps uplinks that deliver them to the massive new Tomahawk II switches running in the spine or end-of-row (EoR) configuration for east-west traffic disbursement.

Another curious fact of the Tomahawk II is the complete lack of 40Gbps support. Granted, the support was only paid lip service in the Tomahawk I. The real focus was on shifting to 25/50Gbps instead of the weird 10/40/100Gbps split we had in Trident II. I talked about this a couple of years ago and wasn’t very high on it back then, but I didn’t know the level of apathy people had for 40Gbps uplinks. The push to 25/50Gbps has only been held up so far by the lack of availability of new NICs for servers to enable faster speeds. Now that those are starting to be produced in volume expect the 40Gbps uplinks to be a relic of the past.

A Foot In The Door

Not everyone is entirely happy about the new Broadcom Tomahawk II. I received an email today with a quote from Martin Izzard of Barefoot Networks, discussing their new Tofino platform. He said in part:

Barefoot led the way in June with the introduction of Tofino, the world’s first fully programmable switches, which also happen to be the fastest switches ever built.

It’s true that Tofino is very fast. It was the first 6.4 Tbps switch on the market. I talked a bit about it a few months ago. But I think that Barefoot is a bit off on its assessment here and has a bit of an axe to grind.

Barefoot is pushing something special with Tofino. They are looking to create a super fast platform with programmability. P4 is not quite an FPGA and it’s not an ASIC. It’s a switch stripped to its core and rebuilt with a language all its own. That’s great if you’re a dev shop or a niche market that has to squeeze every ounce of performance out of a switch. In the world of cars, the best analogy would be looking at Tofino like a specialized sports car like a Koenigsegg Agera. It’s very fast and very stylish, but it’s purpose built to do one thing – drive really fast on pavement and carry two passengers.

Broadcom doesn’t really care about development shops. They don’t worry about niche markets. Because those users are not their customers. Their customers are Arista, Cisco, Brocade, Juniper and others. Broadcom really is the Intel of the switching world. Their platforms power vendor offerings. Buying a basic Tomahawk II isn’t something you’re going to be able to do. Broadcom will only sell these in huge lots to companies that are building something with them. To keep the car analogy, Tomahawk II is more like the old F-body cars produced by Chevrolet that later went on to become Camaros, Firebirds, and Trans Ams. Each of these cars was distinctive and had their fans, but the chassis was the same underneath the skin.

Broadcom wants everyone to buy their silicon and use it to power the next generation of switches. Barefoot wants a specialist kit that is faster than anything else on the market, provided you’re willing to put the time into learning P4 and stripping out all the bits they feel are unnecessary. Your use case determines your hardware. That hasn’t changed, nor is it likely to change any time soon.

The data center will be 25/50/100Gbps top to bottom when the next switch refresh happens. It could even be there sooner if you want to move to a pod-based architecture instead of more traditional designs. The odds are very good that you’re going to be running Tomahawk or Tomahawk II depending on which vendor you buy from. You’re probably only going to be running something special like Tofino or maybe even Cavium if you’ve got a specific workload or architecture that you need performance or programmability.

Don’t wait for the next round of hardware to come out before you have an upgrade plan. Write it now. Think about where you want to be in 4 years. Now double your requirements. Start investigating. Ask your vendor of choice what their plans are. If their plans stink, as their competitor. Get quotes. Get ideas. Be ready for the meeting when it’s scheduled. Make sure you’re ready to work with your management to bury the hatchet, not get a hatchet jobbed network.