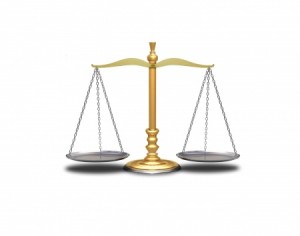 In case you haven’t noticed recently, there are a lot of people that have been going to work for vendors and manufacturers of computer equipment. Microsoft has scored more than a few of them, along with Cohesity, Rubrik, and many others. This is something that I see frequently from my position at Tech Field Day. We typically hear the rumblings of a person looking to move on to a different position early on because we talk to a great number of companies. We also hear about it because it represents a big shift for those who are potential delegates for our events. Because going to a vendor means loss of their independence. But what does that really mean?

When people go to work for a manufacturer of a computing product, the necessarily lose their independence. But that’s not the only case where that happens. You can also not be truly independent if you work for reseller. If your company specializes in Cisco and EMC, are you truly independent when discussion Juniper and NetApp? If you make your money by selling one group of products you’re going to be unconsciously biased toward them. If you’ve been burned or had the rug pulled out from under you by a vendor, you may be biased against them.

Likewise, if you work yourself in an independent consulting business, are you honestly and truly independent? That would mean you’re making no money from any vendor as your customer. That means no drafting of whitepapers, no testing, and no interaction with them that involves compensation. This falls into the same line of thinking as the reseller employee. Strictly speaking, you aren’t totally independent.

Independence would really mean not even being involved in the market. A public defender is truly independent of IT. A plumber is independent of IT. They don’t have biases. They don’t care either way what type of computer or network solution they use. But you don’t consider a public defender or a plumber to be an expert on IT. Because in order to know anything about IT you have to understand the companies. You have to talk to them and get what they’re doing. And that means you’re going to start forming opinions about them. But, truthfully, real independence is not what you’re looking for here.

Instead of independence, which is a tricky subject, what you should look for is impartiality. Being impartial means treating everything fairly. You accept that you have bias and you try to overcome it. For example, judges are impartial. They have their own opinions and thoughts about subjects. They rule based on the law. They aren’t independent of the justice system. Instead, they do their best to use logic and rules to decide matters.

Likewise, people in IT should strive to be impartial. Instead of forming an opinion about something without thought we should try to look at all aspects of the ideas before we form our opinions. I used to be a huge fan of IBM Thinkpad laptops. I carried one for many years at my old job. Today, I’m a huge fan of MacBooks. I use one every day. Does that mean that I don’t like Windows laptops any more? It means that I don’t use them enough to have a solid opinion. I may compare some of the features I have on my current laptop against the ones that I see, but I also recognize that I am making that comparison and that I need to take it into account when I arrive at my decision.

Extending this further, when making decisions about how we analyze a solution from a company, we have to take into account how impartial we’re going to be in every direction. When you work for a company that makes a thing, whether it be a switch or a laptop or a car, you’re going to be partial to the thing you make. That’s just how people are. We like things we are involved in making. Does that mean we are incapable of admiring other things? No, but it does mean that we have some things to overcome to truly be impartial.

The hardest part of trying to be impartial is realizing when you aren’t. Unconscious bias creeps in all the time. Thoughts about the one time you used a bad product or ate bad food in a restaurant make you immediately start thinking about buying something else quickly. Even when it’s unfounded we still do it. And we have to recognize when we’re doing it in order to counter it.

Being impartial isn’t easy on purpose. Being able to look at all sides of an issue, both good and bad, takes a lot of extra effort. We don’t always like seeing the good in something we dislike or finding the bad parts of an opinion we agree with. But in order to be good judges of things we need to find the balance.

I try my best to be impartial. I know it’s hard to do. I have the fortune to be independent. Sure, I’m still a CCIE so I have a lot of Cisco knowledge. I also have a lot of relationships with people in the industry. A lot of those same people work at companies that are my customers. In the end, I have to realize that I need to work hard to be impartial every day. That’s the only way I can say that I’m independent and capable of evaluating things on their own merits. It’s just a matter of having the right perspective.

1 thought on “Independence, Impartiality, and Perspective”