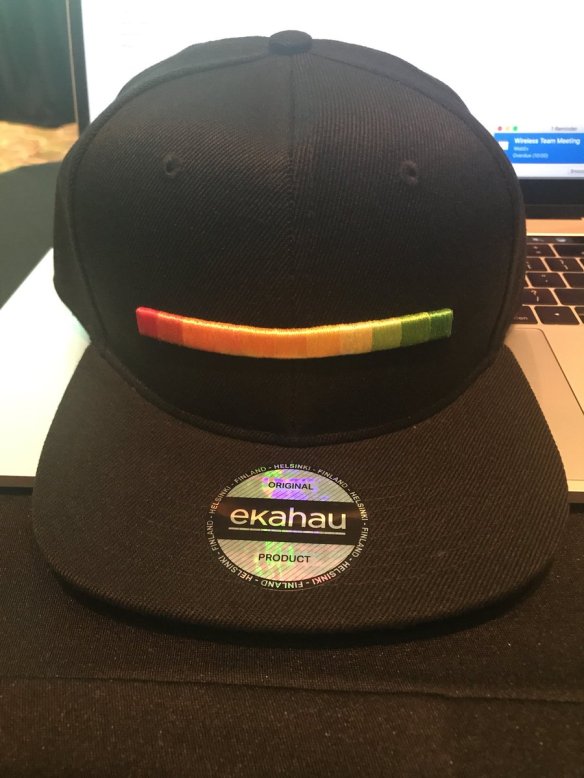 You may have noticed quite a few high profile departures from Ekahau recently. A lot of very visible community members, concluding Joel Crane (@PotatoFi), Jerry Olla (@JOlla), and Jussi Kiviniemi (@JussiKiviniemi) have all decided to move on. This has generated quite a bit of discussion among the members of the wireless community as to what this really means for the company and the product that is so beloved by so many wireless engineers and architects.

Putting the people aside for a moment, I want to talk about the Ekahau product line specifically. There was an undercurrent of worry in the community about what would happen to Ekahau Site Survey (ESS) and other tools in the absence of the people we’ve seen working on them for so long. I think this tweet from Drew Lentz (@WirelessNerd) best exemplifies that perspective:

This whole @ekahau thing has got me thinking. They’ve got about a year to make sure they can continue with the momentum. If in a year’s time, when my renewal is up, they have shown to either be stagnant or someone has surpassed them, I’ll make the decision then. Clock is ticking.

So, naturally, I decided to poke back:

Okay, so…devil’s advocate: what exactly do you want them to do? New SW release? New features? Or do you not just want them to sit back and do nothing? There a lot of ground in “show me something”

My point is that regardless of who’s there, if the product stands on its own 2 feet, then I will continue to renew. However if feedback is given and nothing is done or other tools surpass their capabilities, then I will voice my opinion with my renewal contract.

1. Does the product not stand on it’s own today? And would it regress in a year (bug fixes aside)

2. Is anyone else in a position to surpass them in a year? Who else is close right now to challenge?

Let’s think about where Ekahau is with regards to the wireless site survey market right now. With no exaggeration, they are on top and clearly head and shoulders above the rest. What other product out there has the marketshare and mindshare they enjoy? AirMagnet is the former king of the hill but the future for that tool is still in flux with all of the recent movement of the tool between Netscout and now with NetAlly. IBWave is coming up fast but they’re still not quite ready to go head-to-head in the same large enterprise space. I rarely hear TamoGraph Site Survey brought up in conversation. And as for NetSpot, they don’t check enough boxes for real site survey to even really be a strong contender In the enterprise.

So, Ekahau really is the 800lb gorilla of the site survey market. This market is theirs to lose. They have a commanding lead. And speaking to the above tweets from Drew, are they really in danger of losing their customer base after just 12 months? Honestly? I don’t think so. Ekahau has a top-notch offering that works just great today. If there was zero development done on the platform for the next two years it would still be one of the best enterprise site survey tools on the market. How long did AirMagnet flounder under Fluke and still retain the title of “the best” back in the early 2010s?

So, if the only really competitor that’s up-and-coming to Ekahau right now is IBWave, does that mean this is a market ripe for disruption? I don’t think that’s the case either. When you look at all the offerings out there, no one is really rushing to build a bigger, better survey tool. You tend to see this in markets where someone has a clear advantage. Without a gap to exploit there is no room for growth. NetSpot gives their tool away so you can’t really win on price. IBWave and AirMagnet are fighting near the top so you don’t have a way to break in beside them.

What features could you offer that aren’t present in ESS today? You’d have to spend 18-24 months to even build something comparable to what is present in the software today. So, you dedicate resources to build something that is going to be the tool that people wanted to use two years ago? Good luck selling that idea to a VC firm. Investors want return on their money today.

And if you’re a vendor that’s trying to break into the market, why even consider it? Companies focused on building APs and wireless control solutions don’t always play nice with each other. If you’re going to build a tool to help survey your own deployments you’re going to be unconsciously biased against others and give yourself some breaks. You might even bias your survey results in favor of your own products. I’m not saying it would be intentional. But it has been known to happen in the past.

Here’s the other thing to keep in mind: inertia. Remember how we posed this question with the idea that Ekahau wouldn’t improve the product at all? We all know that’s not the case. Sure, there are some pretty big names on that list that aren’t there any more. But those people aren’t all the people at Ekahau. Development teams continue to work on the product roadmap. There are still plans in place to look at new technologies. Nothing stopped because someone left. Even if the only thing the people on the development side of the house did was finish the plans in place there would still be another 12-18 months of new features on the horizon. That means trying to develop a competitor to ESS means developing technology to replace what is going to be outdated by the time you finish!

That brings me back to the people. It’s a sad fact that everyone leaves a company sooner or later. Bill Gates left Microsoft. Steve Jobs left Apple. You can’t count on people being around forever. You have to plan for their departure and hope that, even if you did catch lightning in a bottle, you have to find a way to do it again.

I’m proud to see some of the people that Ekahau has picked up in the last few months. Folks like Shamree Howard (@Shamree_Howard) and Stew Goumans (@WirelessStew) are going to go a long way to keeping the community engagement alive that Ekahau is so known for. There will be others that are brought in to fill the shoes of those that have left. And don’t forget that for every face we see publicly in the community there is an army of development people behind the scenes working diligently on the tools. They may not be the people that we always associate with the brand but they will try hard to put their own stamp on things. Just remember that we have to be patient and let them grow into their role. They have a lot to live up to, so give them the chance. It may take more than 12 months for them to really understand what they got themselves into.

No company goes out of business overnight without massive problems under the hood. Even the biggest corporate failures of the last 40 years took a long time to unfold. I don’t see that happening to Ekahau. Their tools are the best. Their reputation is sterling. And they have a bit of a cushion of goodwill to get the next release right. And there will be a next release. And one after that. Because what Ekahau is doing isn’t so much scaling the mountain they climbed to unseat AirMagnet. It’s proving they can keep going no matter what.

2 thoughts on “The Sky is Not Falling For Ekahau”