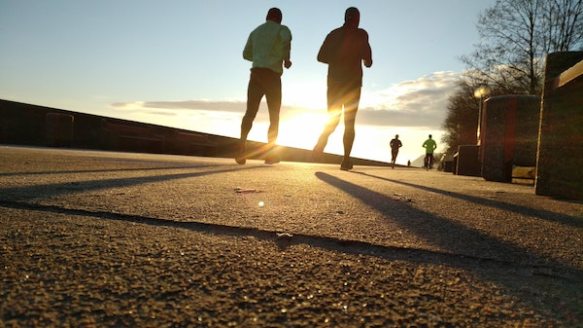 “I’m not feeling it right now.”

“It will be there tomorrow.”

Any of those sound familiar? I know they do for me. That’s because procrastination is the beast that lives inside all of us. Slumbering until a time when it awakes and persuades us to just put things off until later. Can’t hurt, right?

The human brain is an amazing thing. It is the single largest consumer of nutrients and oxygen in the human body. It’s the reason why human babies are born practically helpless due to the size in relation to the rest of an infant. It’s the reason why we can make tools, ponder the existence of life in the universe, and write kick-ass rock and roll music.

But the human brain is lazy. It doesn’t like thinking. It prefers simple patterns and easy work. Given a choice, the human brain would rather do some kind of mindless repetitive task ad naseum instead of creating. When you think about it that makes a lot of sense from a biological perspective. Tasks that are easy don’t engage many resources. Which means the brain doesn’t have to operate as much and can conserve energy.

But we don’t want our brains to be lazy. We want to create and learn and do amazing things with our thoughts. Which means we have to overcome the inertia of procrastination. We have to force ourselves to move past the proclivity to be lazy in our thoughts. It is said that the hardest part of running isn’t the mileage but is instead getting up in the morning and putting on your shoes. Likewise, the hardest part of being creative isn’t the actual thinking but is instead starting the process of it in the first place.

I have some methods I use to fight my tendency to procrastinate. I can’t promise they’ll work for you but the idea is that you base your strategies around the ideas and go from there.

Your mileage may very greatly on the items above. Your brain doesn’t work like mine. You know how you think and what it takes to motivate you. Maybe it’s massive amounts of coffee or a TV playing in the background. But knowing that your mind wants to shut off active processing and do repetitive things over and over again does wonders to help figure out how best to engage it and work smarter. You can’t always stop procrastination. But, with a little planning, you can put it off until tomorrow.