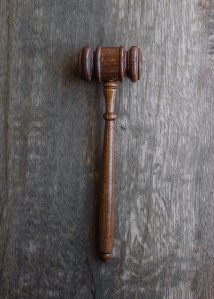 It’s the Thanksgiving holiday weekend in the US which means lots of people discussing things with their relatives. And, as is often the case, lots of arguments. It’s the nature of people to have a point of view and then to want to defend it. And it’s not just politics or other divisive topics. We see it all the time in networking too.

EIGRP vs OSPF. Cisco vs Juniper. ACI vs NSX. You name it and we’ve argued about it. Every viewpoint has a corresponding counterpart. Yes, there are good points for using one versus the other. But there are also times when every piece of factual information doesn’t matter because we “know” the right answer.

It’s those times when we run into what I call the “Perry Mason Problem”. It’s a reminder of the old Perry Mason TV show when the lawyer in the title would win a case with a carefully crafted statement that just ends any arguments. It’s often called a Wham Line or an Armor-Piercing Question. Basically, Mr. Mason would ask a question or make a statement that let all the air out of the argument. And often it would result in him winning the case without any further discussion.

And yet, that almost never happens in real life. No one is swayed by a single statement. No one changes their mind because of a question no matter how carefully crafted. Sure, it can add to them deciding to change their mind in the long run. But that process happens in the person. It doesn’t happen because of someone else.

So, if you find yourself in the middle of heated discussion don’t start looking for Perry Mason moments. Instead, you need to think about why you’re trying to change someone’s mind. Instead of trying to win an argument it’s better to consider your position and understand why you’re trying to win. I bet a little introspection will do a lot more good than looking for that wham line. You may not necessarily agree with their perspective but I bet you’ll have an easier time living with that than trying to change the mind of someone that’s set against it.