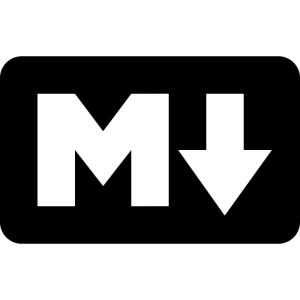 It was almost a year ago that I set forth the idea to start writing all my blog posts in Markdown. I’ve been doing my best to keep up with that throughout the year and now I’m fifty Markdown posts into my goal. How is it working out so far?

Learning to write in Markdown took some adjustment. Before, I had just used the web editor or the occasional HTML editing suite to write my posts. Most of the HTML was hidden. With Markdown, you have to think about what you’re going to do before you start writing it. Where are the links going to appear? How is your post going to be organized? Putting a bit more thought into your post gives you more structure to your thoughts. That’s something that’s helped my writing a bit.

The table layout for the 2015 Cisco Live Twitter List really wasn’t all that difficult either. Once I put the initial code together, it was just a simple copy/paste job after that. I’m toying with the idea of putting all my notes into Markdown as well. But given how terrible I am with taking typed notes that may not happen.

I’ve also gone back and forth with editors for my particular style of Markdown writing. I started off with Lightpaper, which was a nice way to ease into writing. It was easy enough to figure out, but I didn’t like the lag in the preview pane and the tendency of that pane to lose position and scroll back in my writing. Add in the fact that Lightpaper was free during beta and is now a paid app and I can’t see myself recommending it now.

Most of my writing this year was in Mou. Mou is a lot like a traditional text editor. It’s powerful and extensible. I found it suited a lot of my Markdown needs. The preview pane worked like I thought it should and the theming allowed me to customize things to meet my writing needs. Mou did the lion’s share of the work during the year for me. But as I started to explore the gamut of distraction free Markdown writing apps, I felt that Mou was a little rough around the edges. The author has done a great job of keeping up with things so far, but the Indegogo campaign to produce a 1.0 version hasn’t really come to fruition yet. And 1.0 will be a paid release. So take a look at Mou, and if it meets your needs you should definitely get it now and take a look to decide if you want to pay for it later.

The editor that I’ve settled on to in the past couple of weeks is Typora. I like the way that the preview pane is in-line instead of separately. I realized as I wrote more with Markdown editors that seeing the actual code was much less important that the finished result. Moving to a in-line style was much cleaner. Add in support for different fonts in the editor and I got much closer to my actual blog posting style as opposed to plain text. Typora just looks cleaner and nicer. Like a modern word processing app compared to a text editor. If you don’t need the polish and feature set, the text editor works just fine. Typora is free during beta and will be a paid app when it comes out. Try it now and see if it suits your writing tastes before you have to pay.

Markdown has helped my writing. I’m faster and better now that I was at this time last year. I like the way things look when I write. My thoughts are more coherent. Markdown has improved my writing so much I use it for all my posts. It takes some acclimation over the course of a few weeks. I found myself going back into the web editor on accident more than once before scolding my muscle memory and going back to my Markdown experiment.

Part of that is finding the right editor. Don’t just take my word for it. Try out some of the distraction-free options or the text editor style programs as well. There are a ton of options out there for you to try. Just download one and start writing. I think you’ll find that Markdown will give you a lot of power in your writing and you’ll be a happier person for it!