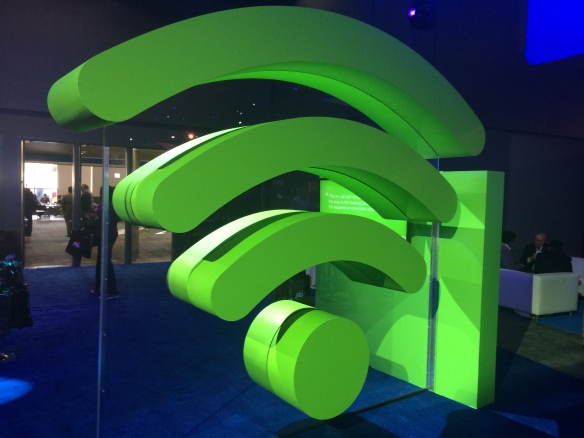 Wireless is a complicated thing. Even when you try to distill it down to networking basics on the wired side of the access point, you still have a very hard problem to solve on the radio side. Even I’ve talked in the past about how wireless is now considered a “solved” problem. But, the more I interact with wireless professionals and the more I think about the problem, the issue isn’t that IT departments think wireless is solved, it’s that they don’t appreciate the value of a specialist.

There’s an old joke that goes, “What do you call the person that graduated last in their medical school class? Doctor.” Professionals spend a lot of their time learning a tradecraft and practicing it to get better. And it’s not just doctors. So do plumbers, electricians, and teachers. Anyone that has ever tried to do any of these trades will tell you that the basics are capable of being figured out by the average non-professional, but the details are a huge leap.

You’d never assume that being able to put on a Band-Aid on a scrape would qualify you to do brain surgery. Or that changing a lightbulb would mean you can rewire a house. Why is it then that most IT people think that knowing the radiation pattern of an access point antenna qualifies them to just hang them wherever they want with no regard for coverage or interference?

Specialists are an important part of society. They spend their time learning things so that they can do them better than anyone else. You’d never argue that a basketball player would make a good offensive lineman. That’s a physical difference and a difference in skillset that can’t translate between the two. So why do we do it in IT?

For wireless specifically people think that it’s easy because it “just works”. Time and time again when I talk to my friends in the wireless community they tell me that it’s far too easy to put up wireless that works badly. And because it’s functional people just go with it. Whether it’s a hotel or a public venue or a coffee shop, people are content to tolerate bad design and terrible implementation. Yet, when someone steps in to try and help them fix the problem there is hesitation on the part of the customer to make it happen.

Why are customers hesitant to make their wireless work correctly with help from a specialist? The answer could be that people think wireless is so easy that paying someone to do it is too much of an expense. It could also be that when the wireless professional starts talking about the pieces that are “hard”, namely the radio design, antenna selection, and site survey, that people just tune out the jargon and think they are getting sold a bill of goods. Yet, when the doctor starts telling them about all the procedures that need to be done to get them healthy they won’t bat an eye.

Wireless professionals need to be treated just like any other specialized professional that provides a service to help people. It may not be brain surgery or arguing a case before the Supreme Court, but it’s a piece of specialized knowledge that they spend their time practicing to the point where they are very, very good at it.

Wireless professionals also need to make sure they justify their value when the conversation inevitably turn toward costing too much or not adding any value to a design or survey. Stand up for what you do! Tell the customer that your skills are crucial to make this deployment work properly. It’s always amazing to me that no one bats an eye at someone when they say they need time to figure out OSPF in a network but when a wireless professional says they need to do a site survey there is a huge discussion about it.

Customers too need to realize that their wireless deployments are easier to accomplish when the proper resources are allocated to make them happen quickly and efficiently. You can either pay a professional with years of experience to make it happen or you can grab a CWNA book and start learning the trade. But thinking that wireless is an easy problem does a disservice for both the wireless professional community and for your users as well.

The more I talk to my wireless friends, the more I realize that wireless is hard. I spend a lot of time with the packets on the wire side and I understand how those things work. But I also don’t have to worry about trees, microwaves, Bluetooth, or any one of the hundred other problems that can interfere with an otherwise perfect deployment. The people that know more than me have learned over years how to do it right. And so, when someone asks me if I can do a big wireless installation for them I don’t have a problem going to one of my friends. Because I’d rather the wireless doctors do it right than me doing it halfway.