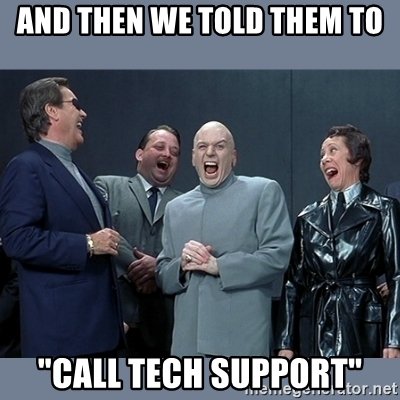 I saw an interesting thread today on Reddit talking about using networking equipment past the End of Life. It’s a fun read that talks about why someone would want to do something like this and how you might find yourself in some trouble depending on your company policies and such. But I wanted to touch on something that I think we skip over when we get here. What does the life of the equipment really mean?

It’s a Kind of Magic

As someone that uses equipment of all kinds, the lifetime of that equipment means something different for me than it does for vendors. When I think of how long something lasts I think of it in terms of how long I can use it until it is unable to be repaired any further. A great example of this is a car. All of my life I have driven older used cars that I continue to fix over and over until they have a very high mileage or my needs change and I must buy something different.

My vehicles don’t have a warranty or any kind of support, necessarily. If I need something fixed I either fix it myself or I take it to a mechanic to have it fixed and pay the costs associated with that. I’m not the kind of person that will get rid of a car just because the warranty has run out and it’s no longer under support.

The market of replacement parts and mechanics is made for people like me. Why buy something new when you can buy the parts to repair what you have? Sadly, that market exists for automobiles but not for IT gear. It’s hard to pull a switch apart and resolder capacitors when you feel like it. Most of the time you want to replace something that has failed and is end-of-life, you need to have a spare of the same kind of equipment sitting on the shelf. You can put the configuration files you need on it and put it in place and just keep going. The old equipment is tossed aside or recycled in some way.

Infrastructure gear will work well past the End of Support (EoS) or End of Life (EoL) dates. It will keep passing packets until something breaks, either the hardware in the ports or the CPU that drives it. Maybe it’s even a power supply. Usually it’s not the end of the life of the hardware that causes the issues. Instead, it’s the software concerns.

I’d venture a guess that most people reading this blog have some kind of mobile device sitting in their junk drawer or equipment box that works perfectly fine yet isn’t used because the current version of software doesn’t support that model. Software is a bigger determining factor the end of life of IT equipment than anything else.

Consumer gear needs to be fast to keep users happy. Phones, laptops, and other end user devices have to keep up with the desires of the people running applications and playing games and recording video. These devices iterate quickly and fall out of support just as fast. Your old iPhone or Galaxy probably won’t run the latest code which has a feature you really want to use so you move on to something newer.

Infrastructure gear doesn’t have software go out of fashion quite as quickly as a mobile phone but it does have another issue that causes grief: security patches. You may not be chasing a new feature in a software release but you’re either looking to patch a bug that is affecting performance or patch a security hole that has the potential to cause issues for your organization.

Security patches for old hardware are a constant game of cat-and-mouse. Whether it’s an old operating system running important hardware terminals or the need to keep an old terminal running because the application software doesn’t work on anything newer IT departments are often saddled with equipment that’s out of date and insecure. Do you keep running it, hoping that there will still be patches for it? Or do you try to move to something newer and hope that you can make things work? Anyone that is trying to use software that requires versions of Microsoft Internet Explorer knows that pain can last for years.

The real issue here doesn’t have anything to do with support of the equipment or the operating system. Instead, it has everything to do with the support that you can provide for it. A mechanic isn’t magical. They learn how to get parts for cars and fix the problems as they arise. They become the support structure instead of the dealership that offers the warranty. Likewise, as an IT pro you become the support structure for an old switch or old operating system. If you can’t download patches for it you either need to provide a workaround for issues or find a way to create solutions to address it. It’s not end of support as much as it’s end of someone else’s support.

I use things until they don’t work. Then I fix them and use them more. It’s the way I was raised. I have a hard time getting new things simply because they’re supported or a little bit faster. I might upgrade my phone to get a new feature but you can bet I’m going to find a way to use my old one longer, either by giving it to one of my kids or using it in a novel way. I hate getting rid of technology that has some use left in it. End of Life for me really does mean the moment when it stops sending bits or storing data. As long as there is no other conflict in the system you can count on me extending the life of a device long past the date that someone says they don’t want to deal with it any more.

2 thoughts on “Who Wants to Be Supported Forever?”