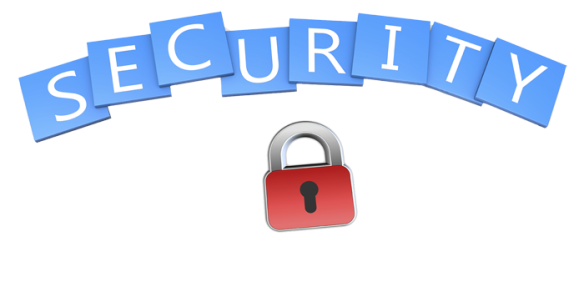 When you think of a “security” company, what comes to mind? Is it a software house making leaps in technology to save us from DDoS attacks or malicious actors? Maybe it’s a company that makes firewalls or intrusion detection systems that stand guard to keep the bad people out of places they aren’t supposed to be. Or maybe it’s something else entirely.

Tradition Since Twenty Minutes Ago

What comes to mind when you think of a traditional security company? What kinds of technology do they make? Maybe it’s a firewall. Maybe it’s an anti-virus program. Or maybe it’s something else that you’ve never thought of.

Is a lock company like Schlage a security company? Perhaps they aren’t a “traditional” IT security company but you can guarantee that you’ve seen their products protecting data centers and IDF closets. What about a Halon system manufacturer? They may not be a first thought for security, but you can believe that a fire in your data center is going cause security issues. Also, I remember that I learned more about Halon and wet/dry pipe fire sprinkler systems from my CISSP study than anywhere else.

The problem with classifying security companies as “traditional” or “non-traditional” is that it doesn’t reflect the ways that security can move and change over the course of time. Even for something as cut-and-dried as anti-virus, tradition doesn’t mean a lot. Symantec is a traditional AV vendor according to most people. But the product that used to be called Norton Antivirus and the product suite that now includes is are worlds apart in functionality. Even though Symantec is “traditional”, what they do isn’t. And when you look at companies that are doing more advanced threat protection mechanisms like deception-based security or using AI and ML to detect patterns, the lines blur considerably.

But, it doesn’t obviate the fact that Symantec is a security company. Likewise, a company can be a security company even if they security isn’t their main focus. Like the Schlage example above, you can have security aspects to your business model without being totally and completely focused on security. And there’s no bigger example of this than a company like Cisco.

A Bridge Not Far Enough?

Cisco is a networking company right? Or are they a server company now? Maybe they’re a wireless company? Or do they do cloud now? There are many aspects to their business models, but very few people think of them as a security company. Even though they have firewalls, identity management, mobile security, Malware protection, VPN products, Email and Web Security, DNS Protection, and even Threat Detection. Does that mean they aren’t really a security company?

It could be rightfully pointed out that Cisco isn’t a security company because many of these technologies they have were purchased over the years from other companies. But does that mean that their solutions aren’t useful or maintained? As I was a doing research for this point, a friend pointed out the story of Cisco MARS and how it was purchased and ultimately retired by Cisco. However, the Cisco acquisition of Protego that netted them MARS happened in 2004. The EOL announcement was in 2011, and the final end-of-support was in 2016. Twelve years is a pretty decent lifetime for any security product.

However, is the converse true? Are standalone products easier to integrate? Is is more simple to take solutions from six different companies and integrate them together in some fashion? I’d be willing to be that outside of robust API support, most people will find that integrating security products from different vendors is as difficult (if not more so) than integrating products from one vendor. Does Cisco have a perfect integration solution? No, they don’t. But why should they? Why should it be expected that companies that acquire solutions immediate burn cycles to make everything integrate seamlessly. Sure, that’s on the roadmap. But integrations with other products is on everyone’s road map.

The last argument that I heard in my research is that Cisco isn’t a security company because they don’t focus on it. They’re a networking (or wireless or server) company. Yet, when you look at the number of people that Cisco has working in a specific business unit on a product, it can often be higher headcount that some independent firms have working on their solutions. Does that mean that Cisco doesn’t know what they’re doing? Or does it mean that individual organizations can have multiple focuses? That’s a question for the customers to answer.

I take issue with a definition of “traditional” versus non-traditional. For the reason that Apple is a traditional computer company and so is Wang Computers. Guess which one is still making computers? And even in the case of Apple, you could argue that their main line-of-business is mobile devices now. But, does anyone dispute Apple’s ability to make a laptop? Would a company that does nothing but make laptops be a “better” computer company? The trap of labels like that is that it ignores a significant amount of investment in business at the expense of a quick and easy label. What makes a company a computer company or a security company isn’t how they label themselves. It’s what they do with the technology they have.